Friday, June 8, 2012
The 9th annual awards program is slated for the Historic Synagogue at Sixth and I. 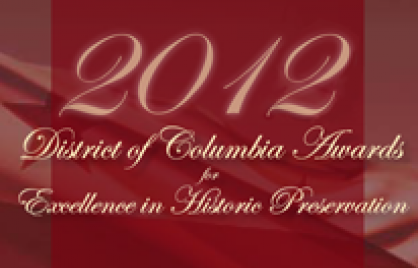 Located within the Downtown Historic District, the building is the work of architect Louis Levi and builder Arthur Cowsill. It was designed under the influence of the Byzantine, Romanesque, and Moorish styles and features a brick exterior with terra cotta details and a red tile roof on each of its five domes.

When the Adas Israel congregation outgrew the facility, they moved to Cleveland Park and sold this building in 1951 to the Turner Memorial AME Church. After 50 years, the building was put up for sale again and through the support of Abe Pollin, Shelton Zuckerman, and Douglas Jemal, the building has been returned for use by the Jewish community of Washington.

Beginning in 2002, the Synagogue was meticulously renovated on the exterior and interior with new and restored stained glass, a new roof, reconstructed bimah, and a gorgeous painted dome. The beauty and grandeur of the building is sure to provide an exquisite setting for the awards ceremony and reception.