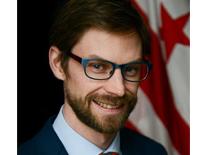 Andrew has served as the Director of the DC Office of Planning since November 2018. Prior to that time, he was the Chief of Staff at DC’s Office of the Deputy Mayor for Planning and Economic Development (DMPED) where he guided economic policy development, including legislative and budget proposals and oversaw the operations of the 80-person agency. He also oversaw policy coordination among across 11 District agencies, including planning, housing, transportation, regulatory, and creative agencies. This included work on Mayoral policy initiatives such as Opportunity Zones, the Pennsylvania Avenue Initiative, the Housing Preservation Strike Force, the Mayor’s affordable housing initiatives, and autonomous vehicles and mobility innovation. Prior to that role, Andrew served as Deputy Chief of Staff at DMPED, where he assisted the organization with improving its use of data and advised on economic development policy. Throughout his time at DMPED, he worked to improve the agency’s data and analysis capacity and to create open and accessible data and analysis, especially through the creation of the Economic Intelligence program.

Before joining the District Government, Andrew helped start up the Consumer Financial Protection Bureau. He developed an analytics team to model consumer risk for financial institutions and helped create and run the Director’s Financial Analyst Program, which recruited undergraduates to join the Bureau for a two year rotational program. Andrew has also worked at Treasury's Community Development Financial Institution Fund setting up the Capital Magnet Fund for affordable housing and supporting the New Markets Tax Credit program. Prior to his federal government service, Andrew worked on redevelopment planning and finance for the DC Housing Authority. Andrew holds a Masters in City Planning from MIT and a B.A. from Princeton's Woodrow Wilson School of Public and International Affairs.